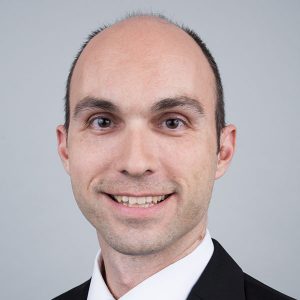 Abstract:Two fundamental challenges that arise in the development of air-breathing supersonic combustion ramjet engines (scramjets) for hypersonic flight are: 1) the rapid mixing of fuel and oxidizer that must occur prior to combustion, and 2) the coupling between the engine structure and the flow dynamics. Interactions of shock waves and turbulence that characterize the flow inside scramjets play a key role in both mixing enhancement and aerostructural coupling. We present ongoing efforts on the high-fidelity numerical simulation of these two phenomena.

Scalar mixing under canonical shock-turbulence interactions will be addressed first by means of Direct Numerical Simulation, evaluating the effects of variations in the relevant physical parameters: shock and turbulence Mach numbers, Reynolds number, and Schmidt numbers. The analysis will highlight changes along the shock-normal direction of scalar variance and dissipation-rate budgets, flow topology, and alignments of the scalar gradient with vorticity and strain-rate eigendirections.

Then, we will focus on interactions of shock waves reflecting off turbulent boundary layers that develop along the walls of the scramjet. Rigid and flexible walls will be considered, by coupling a wall-modeled large-eddy simulation solver for the fluid flow with an elastic solid structural solver that accounts for geometric nonlinearities. We will emphasize strong shock/boundary-layer interactions resulting in mean flow separation and low-frequency unsteadiness that can interact with natural frequencies of the structure.