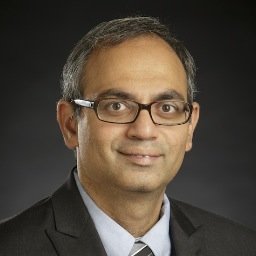 Abstract: Ionic liquids are substances that are composed entirely of ions. Negligible vapor pressures and the availability of a large number of cations and anions to tune physicochemical and biological properties for a given chemical process have been the primary drivers for research in this field over the last two decades. Majority of these investigations have focused primarily on elucidating changes in the properties of pure ionic liquids by altering the cation, anion or substituents on the ions. Another approach to expand the range of available ionic liquids is to form ionic liquid-ionic liquid mixtures. From a thermodynamic point of view, the knowledge of the extent of non-ideality in these binary ionic liquid mixtures and the molecular level details enable a priori prediction of thermophysical properties of ionic liquid mixture. In this presentation, we will demonstrate that the difference in the molar volume of the ionic liquids forming the mixture and the difference in the hydrogen bonding ability of the anions can serve as metrics for the prediction of non-ideality in the binary ionic liquid systems. Such non-idealities are quantified in terms of the local structural organization of anions around the cation. We will further highlight that these non-native structures lead to a different dissolution mechanism for CO2 in mixtures in comparison to that for pure ionic liquids although the CO2 solubilities obey apparent ideal mixing rule. On the other hand, an examination of NH3 solubility in binary ionic liquid mixtures reveals a non-ideal NH3-solubility behavior.