Jennifer E. Phillips-Cremins, Associate Professor of Genetics, has contributed to a new paper in Neuron.

We examined the role of repeat expansions in the pathogenesis of frontotemporal dementia (FTD) and amyotrophic lateral sclerosis (ALS) by analyzing whole-genome sequence data from 2,442 FTD/ALS patients, 2,599 Lewy body dementia (LBD) patients, and 3,158 neurologically healthy subjects. Pathogenic expansions (range, 40–64 CAG repeats) in the huntingtin (HTT) gene were found in three (0.12%) patients diagnosed with pure FTD/ALS syndromes but were not present in the LBD or healthy cohorts. We replicated our findings in an independent collection of 3,674 FTD/ALS patients. Postmortem evaluations of two patients revealed the classical TDP-43 pathology of FTD/ALS, as well as huntingtin-positive, ubiquitin-positive aggregates in the frontal cortex. The neostriatal atrophy that pathologically defines Huntington’s disease was absent in both cases. Our findings reveal an etiological relationship between HTT repeat expansions and FTD/ALS syndromes and indicate that genetic screening of FTD/ALS patients for HTT repeat expansions should be considered.

We are hiring! Opportunity for a Postdoc to join the Bone Biology Focus area at the AO Research Institute (Davos, Switzerland) to study #immunomodulation and #mechanoregulation of #bonehealing!
https://careers.aofoundation.org/job/Davos-Platz/841274001/
Please RT.
#cellbiology #molecularbiology #omics 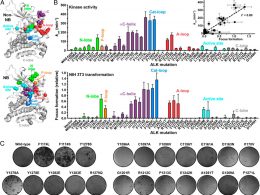 Professor Ravi Radhakrishnan has a new paper out in the Proceedings of the National Academy of Sciences of the United States of America.
byKatherine Thompson “Relationships between structure, memory and flow in sheared disordered materials”

Members of the Reina Group, The Jerolmack Group, and the Arratia Group have worked together on a new…
byKatherine Thompson 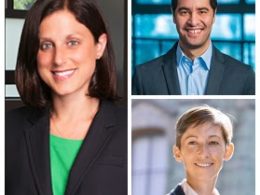 News and Accolades Professor César de la Fuente and his group have a new paper out in Nature Methods, “Mining for…
byKatherine Thompson