On Friday, February 19 at 2:00 PICS will be hosting a virtual colloquium with Professor Elbridge Gerry Puckett Professor of Mathematics at the University of California Davis. 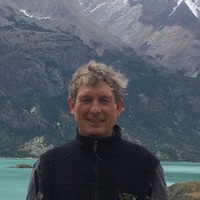 Abstract: We will describe two separate but related methodologies that have been implemented in the open source, finite element code ASPECT, which computational geophysicists use to model a wide variety of problems that arise in Earth and Planetary geophysics. The first technique is a volume-of-fluid (VOF) interface tracking algorithm that was originally designed to model the subduction of the oceanic lithosphere of a tectonic plate beneath a less dense lithosphere of a second plate. However, we have since used this VOF methodology to model some basic laboratory experiments in order to benchmark some of the rheological models that have been implemented in ASPECT. The second technique is the particle or particle-in-cell (PIC) methodology, which we have been developing and benchmarking for use in ASPECT for the past seven years or so. This PIC methodology has been shown to have excellent weak and strong scaling over at least three orders of magnitude of model size on a uniform grid. In addition, our PIC algorithm shows that strong scaling for the adaptive grid case is nearly as good as for the uniform grid case, decreasing the total runtime essentially linearly from 96 to 3,072 cores. We will briefly show a collection of benchmarks we have used and developed to assess the accuracy of this PIC methodology and conclude with a description and video of a beam bending in a less dense viscoelastic medium due to the force of gravity in which the viscoelastic rheology is modeled by the components of stress that are carried on the particles and interpolated onto the underlying finite element grid at each time step.

Bio: WHO I AM: In one sentence: “ I am a product of the U.S. Department of Energy’s (DOE) Computational Science Program.” Since then I have become a contributor to that program, as an academic advisor to future DOE Lab students, postdocs, and permanent employees. When I was pursuing my PhD I was employed as a Graduate Student Research Assistant (GSRA) in the Mathematics Group at the Lawrence Berkeley Laboratory (LBL). I spent three years as a postdoc in the Center for Computational Sciences and Engineering (CCSE)1 at Lawrence Livermore National Laboratory (LLNL) and worked as a consultant for CCSE for about five years after I joined the U.C. Davis faculty.

I have collaborated extensively with researchers at the Los Alamos National Laboratory (LANL) and one of my former PhD students Dr. Matt Williams is 20 years into a very successful career as a Staff Scientist at LANL. In short, each of my PhD students and several of my mentees have spent time either as an Undergraduate, Graduate Student, PostDoc, or employee at one of the DOE Labs. MY RESEARCH: I am best known for developing numerical algorithms for modeling the interface or interfaces between two or more materials, such as between two gases, a liquid and a gas, a solid and a gas, etc. My most widely cited paper describes the creation of CLSVOF the “Coupled Level Set Volume of Fluid” method, which I coauthored in 1999 with Mark Sussman who is now a Professor at Florida State. Since 2013 I have been associated with the Computational Infrastructure for Geodynamics (CIG)

I am currently a member of the CIG Computational Science Working Group Committee, These days, my research is almost entirely focused on
algorithm development for the open source Earth and Planetary Science code ASPECT, the development of which is partially supported by CIG. This is the work about which I will speak.