On Friday, October 22 at 2:00 PICS will host a colloquium featuring Dimitris Giannakis, Jack Byrne Professor in Mathematics at Dartmouth University. 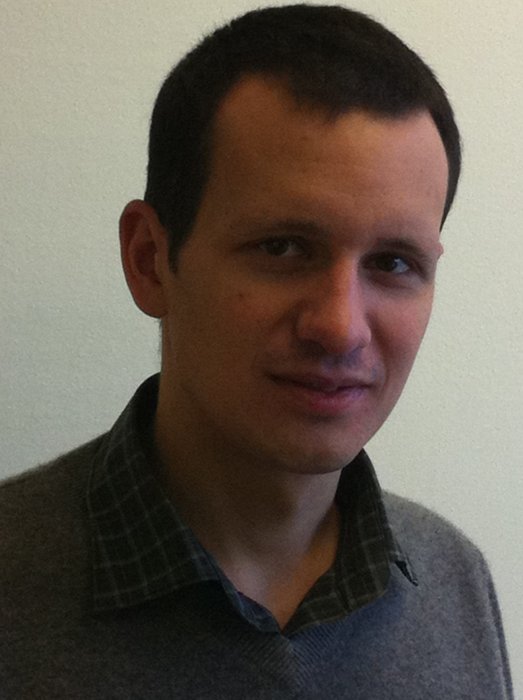 Abstract:
Arctic sea ice comprises of many ice floes whose dynamics is driven by oceanic/atmospheric currents and floe-floe interaction. Models of the effective sea ice dynamics  at large scales typically employ hydrodynamic equations of motion, such as mass and momentum conservation, with complex constitutive laws attempting to capture the rheology of sea ice as a continuum. Although hydrodynamic sea ice models have enjoyed some successes, they have well-documented limitations in capturing phenomena such as fracture and lead formation, which are direct manifestation of the granular nature of sea ice.

In this talk, we describe a framework that generalizes hydrodynamic models for sea ice using a mesoscopic (kinetic) description that systematically couples macro-scale PDEs with small-scale particle methods. This framework employs a time-dependent probability distribution over floe position and velocity, evolving according to the Boltzmann equation. The mass density and momentum (computed by integrating over the velocity coordinate) evolve according to the same macro-scale hydrodynamic equations used in previous models. However, rather than requiring an effective rheology, kinetic models of the collisions between co-located ice particles determine the small-scale evolution of the conditional density and influence the macro-scale dynamics. To simulate this system efficiently, we construct a two-tiered numerical method that employs finite element methods to solve the macro-scale PDEs and a particle method to evolve the conditional density over the velocity coordinate. We illustrate the framework with idealized numerical experiments demonstrating that it can naturally reproduce phenomena such as ice breakup under a divergent flow.

Bio:
Dimitrios Giannakis is a Jack Byrne Professor in Mathematics at Dartmouth College. He received BA and MSci degrees in Natural Sciences from the University of Cambridge in 2001, and a PhD degree in Physics from the University of Chicago in 2009. Following a postdoctoral appointment at the Courant Institute of Mathematical Sciences, New York University, from 2009 to 2012, he was an Assistant Professor and then Associate Professor of Mathematics at Courant until 2021 when he joined the Department of Mathematics at Dartmouth. Giannakis’ current research focus is at the interface between operator-theoretic techniques for dynamical systems and machine learning. His recent work includes the development of techniques for coherent pattern extraction, statistical forecasting, and data assimilation based on data-driven approximations of Koopman operators of dynamical systems. He has worked on applications of these tools to atmosphere ocean science, fluid dynamics, and molecular dynamics. Giannakis received a Young Investigator Program award from the Office of Naval Research in 2016 and a Vannevar Bush Faculty Fellowship in 2021.