On Friday, October 9 at 2:00 PICS will present a colloquium featuring Professor Christopher Jarzynski,Professor Institute for Physical Science and Technology, Department of Chemistry and Biochemistry, Department of Physics at the University of Maryland. 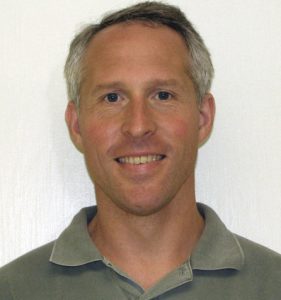 Title: Scaling down the laws of thermodynamics

Abstract: Thermodynamics provides a robust conceptual framework and set of laws that govern the exchange of energy and matter. Although these laws were originally articulated for macroscopic objects, nanoscale systems also exhibit “thermodynamic-like” behavior – for instance, biomolecular motors convert chemical fuel into mechanical work, and single molecules exhibit hysteresis when manipulated using optical tweezers. To what extent can the laws of thermodynamics be scaled down to apply to individual microscopic systems, and what new features
emerge at the nanoscale? I will describe some of the challenges and recent progress – both theoretical and experimental – associated with addressing these questions. Along the way, my talk will touch on non-equilibrium fluctuations, “violations” of the second law, the thermodynamic arrow of time, nanoscale feedback control, strong system-environment coupling, and quantum thermodynamics.

Bio: Christopher Jarzynski received his bachelor’s degree from Princeton University (1987) and his PhD from the University of California, Berkeley (1994), both in Physics. After a postdoctoral fellowship at the Institute for Nuclear Theory in Seattle, he spent ten years in the Theoretical Division at Los Alamos National Laboratory. In 2006 he moved to the University of Maryland, College Park, where he is a Distinguished University Professor with appointments in the Department of Chemistry and Biochemistry, the Institute for Physical Science and Technology, and the Department of Physics. Jarzynski’s research interests include theoretical and computational work at the interface of physics, chemistry and biology, with a particular focus on nonequilibrium phenomena and the application of thermodynamic principles to microscopic systems. His has received the Sackler Prize in the Physical Sciences (2005), the Lars Onsager Prize in theoretical statistical physics (2019), and a Guggenheim Fellowship (2020), among other awards. He is a Fellow of the American Physical Society and an elected member of the
American Academy of Arts and Sciences and the US National Academy of Sciences.