Alex Moore of the Riggleman Group presented a paper at the Bulletin of the American Physical Society.

Alex Moore of the Riggleman Group presented a paper at the Bulletin of the American Physical Society.

Abstract: Glass films created using physical vapor deposition (PVD) have been recently shown to exhibit enhanced stability properties as compared to ordinary glasses formed via standard liquid-quenching. However, the mechanism behind the formation of PVD stable glasses has yet to be fully uncovered. In this work, we use molecular dynamics simulations to study a coarse-grained model glass-former based on the molecule 9-(3,5-di(naphthalen-1-yl)phenyl)anthracene (α,α-A), within which we vary the strength of the dihedral potential on the respective side-groups to systematically study the effects of intramolecular degrees of freedom on molecular packing. By studying the PVD process as it is occurring, we’ve observed a denser, lower-energy free surface state that gradually expands into its bulk-like state as the film is formed. By looking at PVD glass formation with this new perspective, we can gain insight into the role of the free surface, the substrate, and the effect each has on molecular packing and mobility, both in and out of plane.

Over the years, the lab and I have come up with various materials for science process (writing, presenting, reviewing, etc.). Here they are, loosely organized in a Google Doc. Hope it is useful! https://docs.google.com/document/d/1jBGk-u5auVCvI5EMaQnptMWbxHHl3ncIhKgIgEzjylw/edit

Excited for this recent work combining machine learning and biophysics on how 27 different cancer cells "read" their mechanical and chemical surroundings to regulate internal "traffic" and cell-cell communication https://lnkd.in/gvkXdWNN https://lnkd.in/gdi8iB28

Active voice: I love your writing

Passive voice: Your writing is loved

Passive-aggressive voice: I love how you think you can accomplish all your writing goals this summer

Aggressive-aggressive voice: How’s your writing going so far this summer 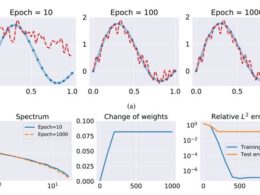 On the eigenvector bias of Fourier feature networks: From regression to solving multi-scale PDEs with physics-informed neural networks

Professor Paris Perdikaris, Assistant ProfessorMechanical Engineering and Applied Mechanics, has a new paper out in Computer Methods in…
byKatherine Thompson

Igor Bargatin Develops Nanocardboard That is Strong yet Bendable﻿﻿﻿﻿﻿﻿﻿

Working with his team at the University of Pennsylvania, PICS affiliated professor Igor Bargatin, Class of 1965 Term Assistant…
byKatherine Thompson 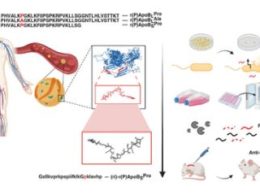