On Friday, October 26th at 2:00 pm in the 4th Floor Active Learning classroom at 3401 Walnut Street, Wing A, Professor Salvatore Torquato of Princeton University will  give a talk titled:

Large-Scale Density Fluctuations and Hyperuniformity in the Physical, Mathematical and Biological Science

Abstract:
While there are four commonly observed states of matter (solid crystal, liquid, gas, and plasma), we have known for some time now that there exist many other forms of matter. The hyperuniformity concept provides a unified means to classify crystals, quasicrystals and special disordered systems. Disordered hyperuniform many-particle systems are exotic states of amorphous matter in that they behave more like crystals or quasicrystals in the manner in which they suppress large-scale density fluctuations, and yet are also like liquids and glasses because they are statistically isotropic structures with no Bragg peaks. Thus, disordered hyperuniform systems can be regarded to possess a “hidden order” that is not apparent on short length scales, which apparently endows such material with novel physical properties. I will review the theoretical foundations of hyperuniform states of matter, and then describe a variety of different disordered examples that arise in  physics, mathematics and biology. 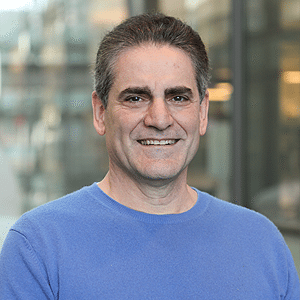 Research work in the Torquato group is centered in statistical mechanics and soft condensed matter theory. A common theme of the research is the search for unifying and rigorous principles to elucidate a broad range of physical and biological phenomena.
Topics of current interest include novel low-temperature states of matter, packing problems, structure and bulk properties of colloids, liquids, glasses, quasicrystals and crystals, hyperuniform disordered materials, novel photonic materials, discrete geometry, self-assembly theory, disordered heterogeneous materials, optimization in materials science, and modeling the dynamics of tumor growth.
Our group has made fundamental contributions to our understanding of the degree of disorder/order of low-temperature states of matter through the identification of sensitive order metrics. We have made fundamental contributions to packing problems, which enable the modeling of crystals, structural glasses and liquids. This includes pioneering the notion of the “maximally random jammed” state of particle packings, identifying a Kepler-like conjecture for the densest packings of nonspherical particles, and providing strong theoretical evidence that the densest sphere packings in high dimensions: a problem of importance in digital communications. We have devised the premier algorithm to reconstruct microstructures of random media and formulated the first comprehensive cellular automaton model of cancer growth.
We have made seminal contributions to the study of random heterogeneous materials. The group has been at the forefront of “materials by design” and guided self-assembly using optimization techniques, including “inverse” statistical mechanics in which interactions are designed to achieve targeted many-particle configurations. More recently, we have introduced a new exotic state of matter called “disordered hyperuniformity,” which is intermediate between a crystal and liquid. Such materials are endowed with novel physical properties.