In July, Duncan Watts will join Penn Engineering as the University’s 23rd Penn Integrates Knowledge Professor. As such, Watts will have primary appointments in the Department of Computer and Information Science in Penn Engineering, as well as in The Wharton School and the Annenberg School of Communications. His research reflects the value of these kinds of interdisciplinary connections; he is one of the progenitors of the field of network science, which studies how unique members of dynamic systems interact to influence the behavior of the whole.

In this discussion, Danielle Bassett, Eduardo D. Glandt Faculty Fellow and Associate Professor Bioengineering & Electrical and Systems Engineering (ESE), talks about network science with Duncan Watts who will be joining the School of Engineering in July as the 23rd Penn Integrates Knowledge Professor.

“That, to me, is what network science is—this idea that lots of problems of interest across many disciplines can be viewed through the lens of a network. You have some collection of entities that are connected to one another, and the structure of that network could have important consequences for the behavior of the whole system.”

You can read their discussion in full in the Penn Engineering Spring 2019 Magazine.

Congratulations to Professor Danielle Bassett, J. Peter Skirkanich Professor of Bioengineering, who has been named a Fellow of…
byKatherine Thompson

PICS is proud to announce the creation of the Certificate in Advanced Scientific Computing. This certificate is open…
byKatherine Thompson 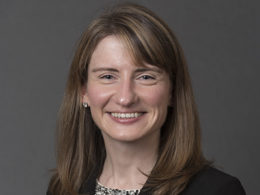 On Friday, March 18 at 2:00 in the large conference room (PICS 534), PICS will present a colloquium…
byKatherine Thompson