Abstract:
This talk discusses recent and ongoing research on the multiphysics response of polymeric gels. A polymeric gel is a polymeric material swollen by a fluid, and the intake or out-flow causes large deformations. Also, many gels respond to environmental stimuli such as temperature, electric and magnetic fields, pH, and more. The responsiveness of polymeric gels to environmental stimuli has been widely employed in soft robotics, and the poten-tial applications of soft robots are vast. The fast emerging development of gel-based soft robots makes understanding the mechanics of this class of material an important task for simulating their operation.The talk begins with recent experimental observations on the mechanical behavior of polymeric gels. Then a continuum level model for the coupled deformation-diffusion re- sponse of gels that incorporates anisotropy and inelasticity is summarized. That is followed by model calibration and attempts for validation on relatively simple gels. Numerical sim-ulations are performed to show the behavior of the model, and qualitative comparisons are made to experiments of a soft robotic gripper. Results show that the behavior of polymeric gels is even more dependent on fluid uptake than previously thought.

Bio:Shawn Chester is currently an Associate Professor in Mechanical Engineering at the New Jersey Institute of Technology. Shawn was previously a postdoctoral researcher at Lawrence Livermore National Laboratory. Prior to that he obtained his PhD in solid mechanics from the Mechanical Engineering at MIT, and obtained both his BS and MS in Mechanical Engineering from NJIT.Shawn’s research focus in the past few years has been the development of experimentally validated continuum level constitutive theories for large-deformation multiphysics behavior of polymeric materials and the associated numerical implementation. His work spans most aspects of mechanics; experimental characterization, theoretical modeling, numerical imple-mentation, and experimental validation. Shawn has been recognized by young investigator awards through the ASME AMD Thomas J.R. Hughes Award, an NSF CAREER, and the ASME AMD Haythronthwaite award. 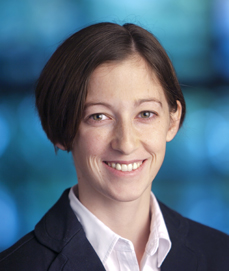 For significant contributions to the network modeling of the human brain, including dynamical changes caused by evolution, learning,…
byKatherine Thompson

On Monday, July 6 at 2:00pm, PICS will be hosting a virtual seminar featuring an alumni of the…
byKatherine Thompson

PICS is proud to announce the creation of the Certificate in Advanced Scientific Computing. This certificate is open…
byKatherine Thompson

Congratulations to Professor Amish Patel who has been promoted to Associated Professor of Chemical and Biomolecular Engineering. Amish…
byKatherine Thompson