On Friday, March 25 at 2:00 PICS will host a colloquium with Professor Xiang Yang, Assistant Professor in Mechanical Engineering at Penn State University. 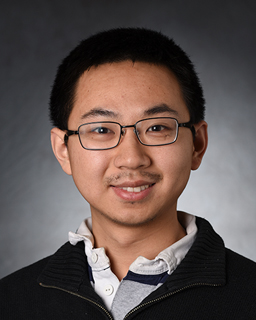 Abstract: Turbulence is an unsolved problem in classical physics. Its modeling often involves physical, mathematical, and numerical concepts that are daunting to even experienced engineers. This makes it very hard for a user to take a turbulence model from the literature and apply it in real-world engineering. This talk will take a layman’s perspective to turbulence modeling. Special attention will be given to near-wall turbulence modeling. We will try to discuss the following two possibilities, both of which are brought to us by colleagues outside the wall modeling community. First, the possibility of breaking the speed-accuracy-tradeoff curse and developing a wall model that effortlessly accounts for non-equilibrium effects. Second, the possibility of giving a layman the ability to make informed decisions as a seasoned engineer when selecting a turbulence model.

Bio: Dr. Xiang Yang is an Assistant Professor in the Mechanical Engineering Department at the Pennsylvania State University. He received his Ph.D. in Mechanical Engineering from Johns Hopkins University in 2016. After that, Yang joined the Center for Turbulence Research in 2016 as a Postdoctoral Research Fellow. He became a faculty member at Penn State in 2018 and has been there since then. His group conducts high-fidelity numerical simulation, builds physics- and data-based models, and finds efficient solutions for real-world engineering problems. His group uses many tools, including direct numerical simulation, large-eddy simulation, Reynolds-averaged Navier Stokes, and, more recently, machine learning models.