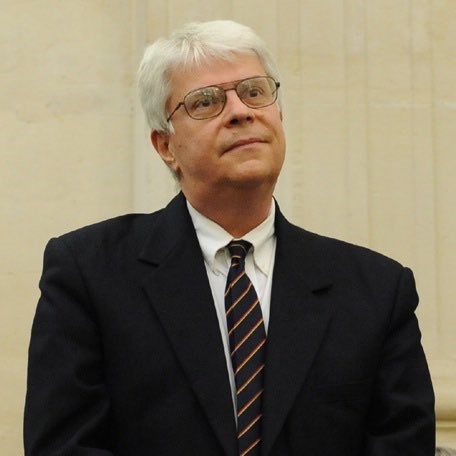 Title: Group-Theoretic Approach for Nonlinear Problems in Mechanics with High Symmetry Avoids Use of Imperfections

Abstract: Many interesting problems in nonlinear mechanics, from classical to more recent, pertain to applications with high initial symmetry: from the buckling of thin walled structures to the morphing in architected materials – the list is long! A common feature of these problems, in addition to their importance for engineering applications, is their great theoretical interest due to the complex bifurcation mechanisms leading to their failure. Unlike the classical Euler column buckling with the widely separated bifurcation points where the post-bifurcation equilibrium paths can be easily found using imperfections in the shape of the different eigenmodes, using imperfections in these highly symmetric structures with complex bifurcation diagrams is confusing and can often lead to erroneous results.

The method proposed here is based on the perfect structure and uses the properties of its initial symmetry group to identify and follow the bifurcated equilibrium paths: primary, secondary, tertiary and so on, and for the case of elastic systems, to study their stability. Three different applications will be presented here: the development of folds and creases in an axially compressed elastic half-space, the pattern formation in biaxially compressed circular honeycomb and the thermo-mechanical martensitic transformations in NiTi crystals. Time-permitting some additional applications in dissipative systems (step bunching and meandering instabilities homoepitaxial crystal growth) might be presented.

Bio: Prof. Nicolas Triantafyllidis has obtained a Ph.D. in Engineering and an MS in Applied Mathematics from Brown University in 1980. The same year he joined the faculty of the Aerospace Engineering Department at the University of Michigan in Ann Arbor, MI, USA starting as an Assistant Professor and reaching the rank of Full Professor in the Departments of Aerospace Engineering and Mechanical Engineering & Applied Mechanics. He is currently an emeritus Professor of the University of Michigan. In 2009 he moved to France to become CNRS Director of Research in the Solid Mechanics Laboratory (LMS) and a Professor of Mechanics at the Ecole Polytechnique, where he is currently a member of the Haut College.

Prof. Triantafyllidis’ research is in the area of nonlinear continuum mechanics of solids and structures with emphasis on stability, scale effects and multiphysics aspects. More specifically he has worked on the following topics: Numerical methods (FEM); Finite strain problems in elasticity and plasticity related to metal forming; Failure mechanisms in composites and architected materials; Group theoretical methods in bifurcation and stability; Multi-scale problems and related stability issues in solid mechanics; Phase transformations in SMA’s; Magneto-electro-mechanical coupling problems in solids; Electromagnetic forming and associated stability problems; Stability of solids under high rates of strain; Mechanical effects in semiconductors; Stability of structures under high strain rates; Magneto-rheological and nematic elastomers; Liquid crystals, Epitaxial growth on crystals and associated stability problems; Finite strain chemo-poro-mechanics and subcutaneous injection modeling.
Prof. Triantafyllidis has developed and taught a number of graduate and undergraduate courses in solid mechanics in the topics of stability of solids, micromechanical theories of solids (homogenization techniques), plate and shell theories, numerical techniques (finite elements), shape memory alloys and coupled mechanical-electromagnetic field theories. He has supervised the Doctoral Theses of several graduate students in the US and France. In addition, Prof. Triantafyllidis has collaborated extensively with researchers on both sides of the Atlantic and has served, through different functions, the international solid mechanics community.